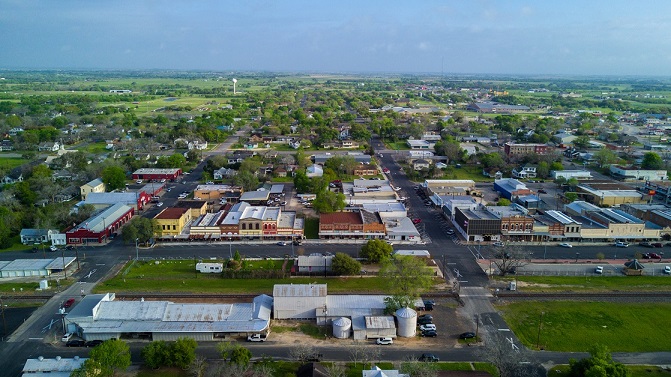 After seven years, I’ve finally done it. I’m back to having a positive net worth. The last time I had a positive net worth was in the year prior to medical school. I have to say it feels good to climb out of the hole and start to see some light at the end of the tunnel. Here is a synopsis of my past net worth and how I got to where I am today. ****Profile pic if a picture of my hometown***

At the lowest point, my net worth was estimated to be around negative $130,000. Not bad for a newly graduated doctor from medical school. Heck, that’s actually fantastic considering I had no significant family financial support. In medical school I spent a lot of hours guessing how long it would take me to climb out of the hole that I had dug myself. I poured over spreadsheets, making all kinds of estimates of what my budget might look like. Many of my estimates gave me about a year or two post graduation when I would have a zero net worth. I’m excited that I was able to accomplish my goal in under half the time that I estimated. Here is how I did it.

How I Obtained A Positive Net Worth So Quickly

Keep Debt To A Minimum

My debt upon graduation from medical school was lower than the average graduate. This was because of three reasons:

My One Time Dumb Luck With Stocks

I interviewed in 2008 at the Paul Foster School Of Medicine and I remember hearing about how Mr. Foster donated a lot of money for the medical school. I “Googled” his name, found that he was head of an oil refinery called Western Refining and owned a lot of shares of this company. This was also around the same time my brother was establishing an oil and gas company in Houston. He loved the industry and kept talking about how he felt oil and gas stocks as a whole were undervalued. He forbid me from buying any shares of his company when it went public, so I bought Western Refining stock instead. I knew very little about the stock other than the CEO has a large personal stake in the company doing well since he personally owned a lot of shares.

In 2008 I poured about $3,000 into this stock at around a $4-5 purchase price. I held onto it till it reached the low $30’s and finally sold. I’m embarrassed to say I did very little due diligence before buying the stock. I bought the stock as a pure gamble and off of a tip from my brother that the industry was set to pop. In the end this one ended up working out, but I’ve had other stocks where I was nowhere near as fortunate. I doubt I’ll be this lucky ever again betting on a single stock.

Whatever the cause, I look at it as a dumb luck winning and will never try to recreate it. 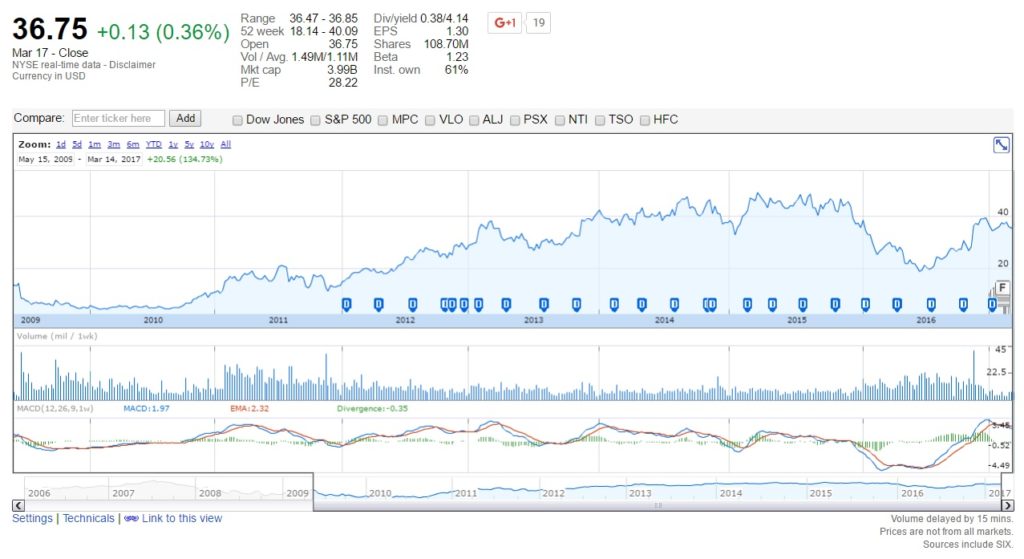 Besides the dumb luck as described above, there is no substitute for hard work. During residency I picked up a lot of moonlighting shifts to pay down debt and buy expensive purchases such as an engagement ring. Any “want” that I ended up spending money on came from a fund where I worked extra shifts to make that extra money.

The same can be said after I became an attending. To me, I have acted like I’m still a resident, picking up a lot of extra shifts. Picking up extra shifts at my main job has earned me tens of thousands of extra dollars in my first half of a year as an attending. Soon I’ll be also doing locums on the side which will add even more income. Some weeks are terribly exhausting but I’m working hard now so I hopefully don’t have to later.

My savings rate including retirement contributions is currently at 42% of my gross paycheck. The rest of my paycheck includes 18% to loan repayment, and the remaining 40% of my gross pay goes to taxes and living expenses. Even though I live in a high cost of living city, I keep living expenses to a minimum. The fiancée and I each month spend less than $1,500 combined on our credit cards, which we think is quite frugal for our income levels. We also (almost) never carry a balance on these cards to avoid high interest fees. I say almost because there was the one time when my emergency fund ran out right after graduating residency.

My fiancée and I both drive old cars that are fully paid off. We do not have any recurring car payments. I drive an 8-year-old ford escape, she drives a 12-year-old 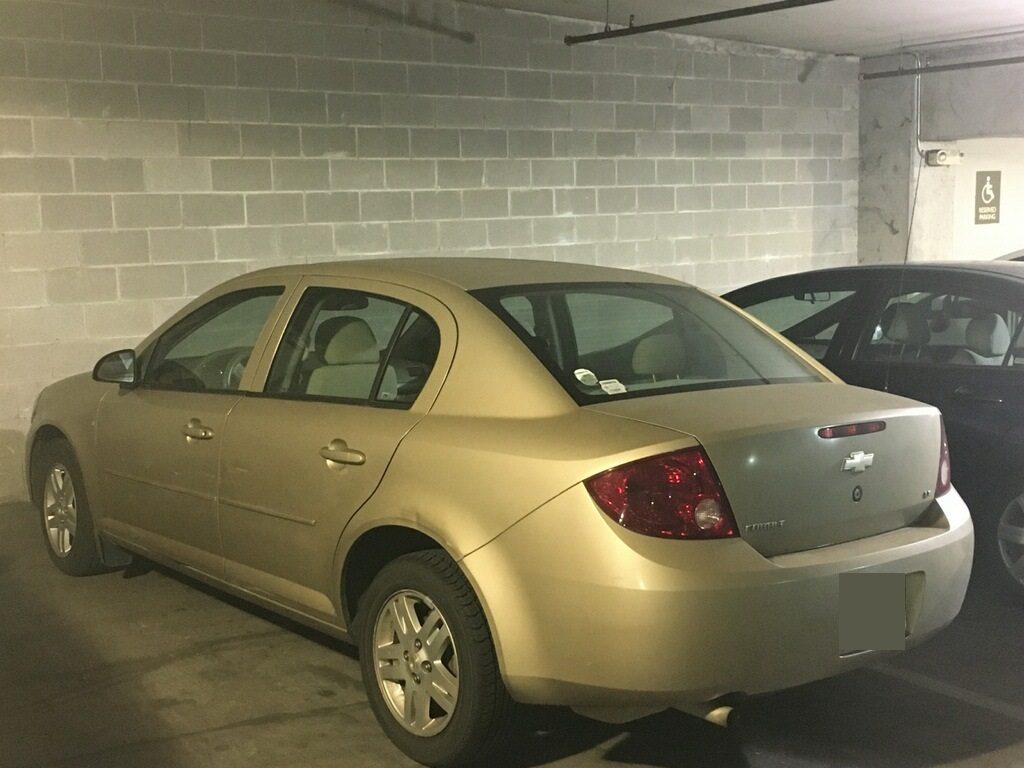 Chevrolet Cobalt. My car according to KBB is worth about $9,000, adding to my net worth. Since we are not married yet, I’m not including anything she owns to my net worth calculations. We also don’t have cable TV, gym memberships (we use our apartment), or other expensive recurring costs that are non-essential purchases. Our only recurring expenses are water, electricity, Netflix, rent, and student loan payments.

Student Loan Update: I’m almost to the halfway point of paying down my student loan debt. This past week I resigned some loan documents since I previously had a floating, or variable interest rate. I now have a 2 year fixed term at 3.1%. Since the interest rate is so low, I’ll probably pay that loan off slowly over the 2 years and not be as aggressive as I previously was.

It’s a great feeling to be now starting at zero net worth. It sounds kind of weird even typing it out but its true. Each dollar I earn is another dollar that builds wealth so that I can spend my money and time doing things that I want to. Right now I’m trying to reach a balance of loving life while still working hard to be debt free. I tend to have the type of personal that doesn’t half-ass anything. This means that when I set my sights of being debt free, I not only meant it, but I’m picking up extra shifts to pay it off quicker than expected.

There is a point of going too far though. There were many people who supported me along the way, including family, friends, and my fiancée. Its time to give back and show an appreciation to those who supported me while I was broke, busy, and in training. Some things in life go beyond a number. They were there for me when I missed many important family events or anniversaries. Its time to show some appreciation and accepted that even though I CAN work like a resident to pay down debt, I don’t HAVE to only take 4 days a month off. 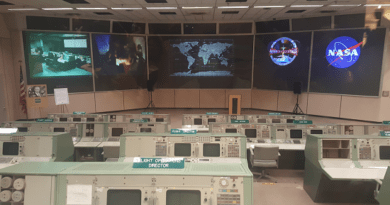 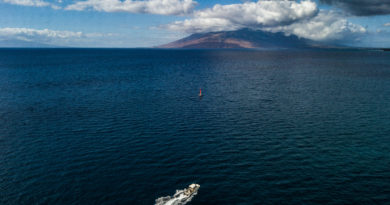 Get Back To Owning Your Career In Medicine 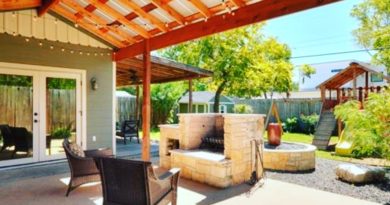 Buying A House With A Doctor Mortgage